IN SEARCH OF THE MODERN LEARNER: HOW MUCH DO WE REALLY KNOW ABOUT THEM?

It’s five years since Bersin by Deloitte published its Meet The Modern Learner infographic, offering a universal touchstone for any instructional designer eager to build high-impact learning experiences for the post-Millennial generation. The concept of the modern learner was one that everyone recognised but few had managed to adequately describe, and the document has quite rightly become a latter-day classic.
But a lot can happen in five years.
For example, what smartphone did you have in late 2014? If you were an early-adopter, you were proudly showing off your shiny new iPhone 6 (remember those?).

Were you one of the 700 million or so WhatsApp users worldwide back then? Were you one of the 60 million that had a Netflix subscription? Maybe not, and if you’ve joined the WhatsApp and Netflix bandwagon since then, you’re not alone. Both populations have grown around three-fold over the last five years.

You get the point, the world has moved on since 2014. And it stands to reason learners have moved on too. So we thought it would be fun to reconnect with the Modern Learner, and explore a few key questions five years on.

In this webinar, you will learn: 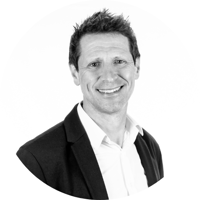 Adam has been developing and leading Corporate Universities for companies all over the world for most of the last 15 years.